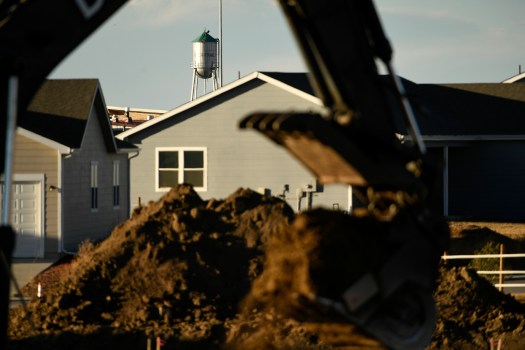 New home construction should hold up in 2021, but existing home sales are likely to drop,, slowing down home price gains.

Metro Denver’s housing market defied the odds last year, shattering one record after the other. But two economists warned an online gathering of local Realtors that the surge won’t continue and to temper their expectations for 2021.

“I have a little bit of bad news. The months of 2020, from August to December — that is as good as it gets. It won’t get better. It is over,” Elliot Eisenberg,  also known as the “Bowtie Economist,” told the Denver Metro Association of Realtors’ Economic Summit during a Zoom call Friday.

Eisenberg compared the Denver-area housing market to a driver who was going 65 mph heading into the pandemic, slammed the brakes and slowed down to 25 mph during the lockdown and then accelerated hard, reaching 90 mph until the engine couldn’t go any faster.

Patty Silverstein, the chief economist with Littleton-based Development Research Partners, backed up Eisenberg, predicting that while new home sales should match the pace of 2020, existing-home sales this year will fall and price increases in the months ahead will be more subdued.

Distressed sales and foreclosures could rise significantly from low levels as forbearance plans granted by the CARES Act expire and borrowers look for an exit strategy. She said people may freak out when they see how much foreclosures rise, but the market desperately needs inventory and the surge won’t be detrimental.

Silverstein suggested that a cooling in the region’s housing market will prove a good thing for a variety of reasons and told the agents to not “go crying home.”

“The problem that Denver faces is the cost of housing, it is just expensive,” Eisenberg said.

Metro Denver may seem like a bargain to Californians or New Yorkers, but for much of the country is has become an expensive place to live. That has implications for the region’s attractiveness to employers looking to bring jobs to the state and individuals wanting to move here, not to mention creating added financial stress for households as mortgage and rent payments consume a larger share of each paycheck.

If there is one thing he could do for Denver and Colorado as a whole, Eisenberg said it would be to find a way to allow builders to construct homes at a lower cost.

Population growth in Colorado was already slowing before the pandemic and dropped even more last year as couples delayed having children and the number of deaths rose. And while Colorado is still winning against other states in drawing residents, fewer people are moving around overall than in past decades, Silverstein said.

Eisenberg said the U.S. economy has entered a slow patch because of the surge in COVID-19 cases and the expiration of stimulus programs passed in the spring. That showed up in Friday’s jobs report, which recorded a monthly drop of 140,000 in nonfarm jobs, the first decrease since April.

People should prepare mentally for a sluggish first quarter, but he added more vaccines are coming, more stimulus is coming, and spring, with its warmer temperatures, is coming.

“We are not stuck in the situation. This is not another new recession,” he said.

← Prev Austin Expected to be Nation's Hottest Housing Market in 2021, Leading a Sunbelt Surge. > Zillow Home prices are rising faster in the middle of the U.S. as Covid drives people away from coasts. > CNBC →

Call it a hot real estate market. Call it morbid curiosity. Whatever it is, the house where Charles Manson’s followers killed Leno and Rosemary LaBianca in 1969 just sold for $1.875 million.It’s the second time the infamous estate has traded hands...

The long-dark ArcLight Cinemas in the storied Sherman Oaks Galleria will be brought back to life as an upscale Regal Cinemas complex as theater owners gear up to serve movie fans returning from pandemic exile. It is the first ArcLight branch to be...

The El Paso International Airport will get another connection to Austin after losing direct flights to the Texas capital during the COVID-19 pandemic.American Airlines and El Paso city officials Thursday announced the airline will add flights...

More than 4 million people say they fear being evicted or foreclosed upon...

END_OF_DOCUMENT_TOKEN_TO_BE_REPLACED

Call it a hot real estate market. Call it morbid curiosity. Whatever it...

END_OF_DOCUMENT_TOKEN_TO_BE_REPLACED

The long-dark ArcLight Cinemas in the storied Sherman Oaks Galleria will...

END_OF_DOCUMENT_TOKEN_TO_BE_REPLACED

The El Paso International Airport will get another connection to Austin...

END_OF_DOCUMENT_TOKEN_TO_BE_REPLACED

Deepak Chopra lists his La Jolla house with a view

END_OF_DOCUMENT_TOKEN_TO_BE_REPLACED

Setting Up Shop In Your Area Soon!

Interactive and Intuitive Digital Magazine focused on the housing markets and home values of Your Area.

Interactive and Intuitive Digital Magazine focused on the housing markets and home values of Your Area.

Interactive and Intuitive Digital Magazine focused on the housing markets and home values of the area you live.

We have a combined 70+ years of appraisal experience. It makes us happy to share this with you. Let's jump right in then!

1. The first thing is a lot like many things you might get ready to do is to get your ducks in a row, and have a game plan for setting up your appraisal. And of course  you can't know everything about everything so the right appraiser will provide those answers, and you will get the best results.

2. Have your property information readily available when talking with the appraiser...

Get the complete Appraiser Interview Guide delivered directly to your email box in a readable and downloadable format, there's no cost.

We have all Current Certified Residential and Licenced Appraisers in the country. You can simply get started anytime.
We have also setup in many cities and metro areas as well as a centalized base for many rural locations. We will setup more locations each week.

We have all Current Certified Residential and Licenced Appraisers in the country. You can simply get started anytime.
We have also setup in many cities and metro areas as well as a centalized base for many rural locations. We will setup more locations each week.